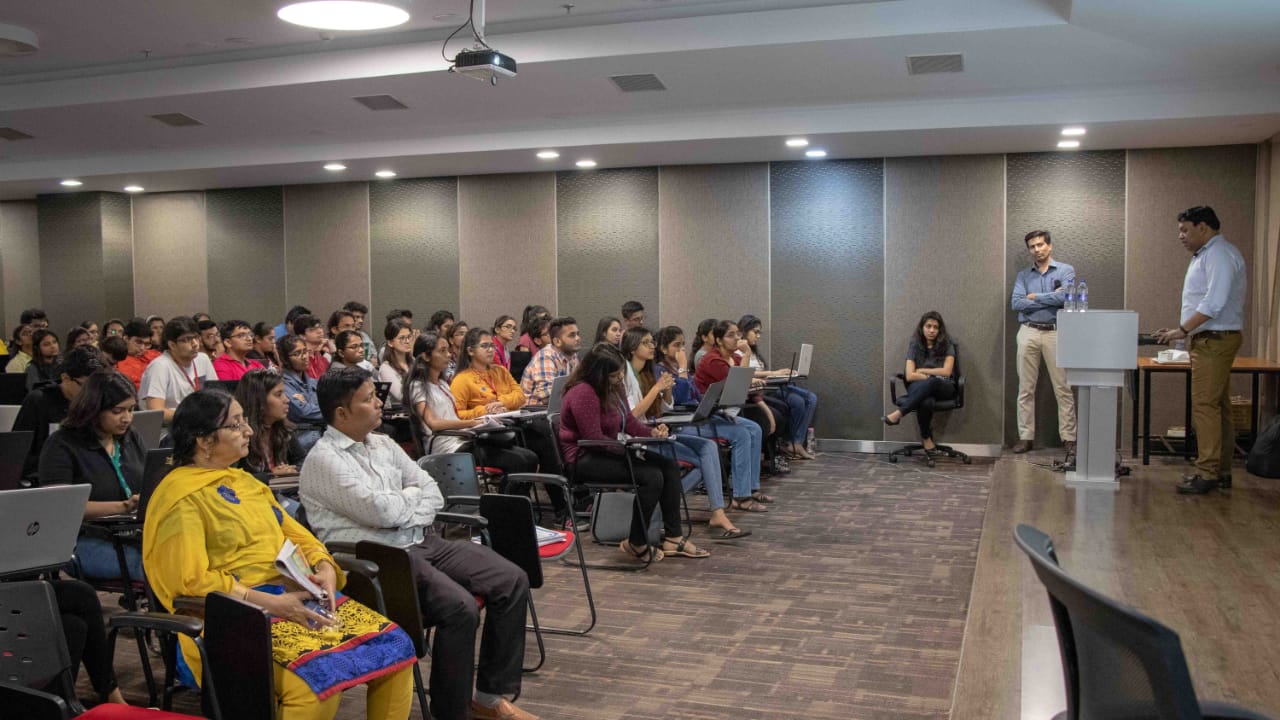 What a GRAND SUCCESS it was!!

All thanks to our very own NM College’s Computer Society for giving such an opportunity of keeping An Advance Excel Workshop . The workshop was conducted by NIIT Officials on the 31st Jan and 1st Feb from 9am to 1am in the Seminar Hall of Bhagubhai Mafatlal Polytechnic College.

There were tons of participants who enrolled for the workshop. Due to Limited Seats we had to shut our registration desk. The Workshop was inaugurated by Dr. Parag Ajagaonkar. NIIT Officials began the workshop by introducing NIIT and its role and later by introducing Excel and how Advance Excel is different from the usual. Later Mr. Rishikesh Sir gave a briefing on the basics of Excel and began with the features of Advance Excel. The Day1 workshop had boosted the participants enthusiasm. On the Second Day , our fellow participants learnt a step forward than before and also brought about their doubts regarding the topic and interacted with the Officials. All the participans were given a certificate for their participation. The workshop end by our committee Chairperson giving a token of gratitude to our guests for taking out their person time.

Meanwhile the members of the committee enjoyed tasty sandwiches by Mother’s Delite Café on the 1st Day and Chinese Cuisine by Star of Chinaour Sponsors of the event as a reward for their hard work.
We look forward to more opportunities like this where we can help to learn and explore more with such an energizing response from you’ll!!